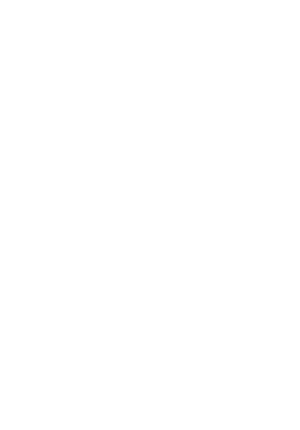 The fifteenth yearbook "Ethnomusic" contains research articles on the history and theory of musical folkloristics, pedagogy, rare archival materials, as well as reviews, reports and chronicles for 2018.
Contents
From editor   PDF
Studies
Lina Dobrianska      orcid.org/0000-0003-0203-2009
Innovative activity of the PSRLME and DMF during 1990–2004 years: scien­tific work   PDF
Annotation
Read more
This is the second part of the series of publications about the versatile ethnomusicological activity of the Problematic Scientific-Researching Laboratory of Music Ethnology (PSRLME) and Musical Folkloristic Department (MFD) of the Lviv National Music Academy named after Mykola Lysenko in the 1990–2004 years. This initial period of PSRLME's activity under guidance of Bohdan Lukanyuk was dedicated to the development of the first phase of fundamental problems associated with traditional folk music and ethnic history of Halychyna and Volodymyriya. Documentation of music folklore of poorly researched regions of Western Ukraine during 1990–2004 years (which includes field work, transcription of gathered materials and their archiving) has created strong base for further scientific research. Over this period the fellows of the Laboratoty of Musical Ethnology implemented almost two hundred versatile scientific and scientific-methodological explorations, of the PSRLME and MFD published 25 books and brochures on various topics of ethnomusicology. The main directions of the activity were area-typological, ethno-organological, ethno-choreological, resource science, historical and other researches. The study was conducted by the senior generation of ethnomusicologists such as B. Lukanyuk, I. Matsiyevskyi, M. Myshanych, L. Saban, Y. Slyvynskyi and other, as well as the next generation: I. Dovhalyuk, V. Koval, L. Lukashenko, Y. Rybak, I. Fedun and other, the most of which are still working at the PSRLME and Musical MFD. The study of scientific work of PSRLME and MFD during 1990–2004 years is preceded by a brief historical review of musical-folkloristic researches in Lviv High Music School and complemented by two indexes at the end of this issue of "Ethnomusic".

The article has been based on the analysis and compilation of data from numerous papers and electronic documents of PSRLME and numerous printed sources, mainly publications of the Department and Laboratory fellows.

In the initial phase of the collection activities, K. Kvitka used every opportunity to record folk songs. It could be at private places, at hotels, even in a prison or a concentration camp. The beginning of the joint collecting work of K. Kvitka and O. Kurylo dates back to 1921, where the main method was an intentional search of folk performers who originated from different parts of the Ukraine and settled in Kiev.

Usually, the performers came from the far northern and western territories of Ukraine, which were to a great extent preserved ethnographically. Joint field collecting excursions were began by the scientifics in 1922. The field recordings were continued in the next three pretty large-scale expeditions in 1923. In the expeditionary sessions O. Kurylo recorded poetic texts and it allowed K. Kvitka to consentrate on writing down musical notes, in particular, to trace possible performing melodic "variations", which was one of the most characteristic features of his transcriptions of that period. In return, dialectologist O. Kurylo professionally wrote folk songs poetic texts, noting semi-phonological fiatures. For the first time, scientists visited Kaniv district in the Kyiv region, where they studied the relict ritual of the harvest cycle – "leading of the «perehenia»".

Later they visited Poltava area and several times the Chernihiv area. Unfortunately, the unique attempts at synchronous fixation of the musical-poetic folk performance have never been published.

In the article the chronology of K. Kvitka's folklore recordings is analyzed in details. Some unreliable data about time and place of the shorthand recordings are corrected. In particular, many sources mistakenly mention the ethnomusicologist's records were made in the settlements he visited. In fact, these records were made from temporary or permanent migrants in Kyiv. All data are extensively analysed based on historical information from printed sources.

Key words: Clyment Kvitka, Olena Kurylo, folkloric expeditions, researches, biography.
Victoriya Yarmola     orcid.org/0000-0002-8003-4424
Itinerant musicians of the Western Polissya: Stroke to the portrait of hardy-gurdy player Ivan Vlasyuk   PDF
Annotation
Read more
Traveling busker performance is an integral part of the folk musical culture of Western Polissya and has been widespread in the region until recently. Particularly important were the hurdy-gurdy players, which were respected as great spiritual and ethical mentors. As well they influenced the development of the folk musical tradition in general.

The proposed research illuminates life and musical art career of Ivan Vlasyuk, the last Polissyan hurdy-gurdy player. Besides biographical information there are trans­criptions of unknown records: two psalms about Saint Nicholas and one about John the Forerunner. In addition to discovered records the author of the article included voluminous ethnographic information to present a complete picture of the life and work of a talented musician. It was collected during 2017–2019 from local residents in the village Zalyuttya in Starovyzhivskiy district of Volyn region, as well as from the guide-boy and later son-in-law of musician – Petro Savchuk, born in 1946.

Ivan Vlasiuk used several forms of busking, which combined the rituals of the Orthodox Church: a recitation of prayers, singing of Akathists, Bible theme psalms on one side. On the other side he performed songs on ethical and satirical themes or jokes and dances accompanied by a hurdy-gurdy. The main form of busking was focused on visi­ting village houses.

The passage through the village was performed in two ways.The first was by going "from house to house", the other in hurdy-gurdy art tradition was called "going through", which described as an artist's passing on the main road of the village without visiting villager's homes. Besides "from house to house" form, there were shows at big public gatherings, such as fairs or markets. Equally important were the church and religious festivals where many traveling musicians gathered at the same time.

The main part of Ivan Vlasyuk's repertoire was inherited from his teacher Stepan Rybachuk, the rest he learned from other blind musicians in the process of busking. At the beginning of his travels Ivan Vlasyuk's repertoire consisted mainly of religious ethical works, and later he actively studied folk songs-mostly humorous, which were more interesting to peasants and to the musician himself.

The proposed work is only the beginning of studies of the hurdy-gurdy art in Western Polissya, so it does not claim to be entire. At least it requires the full coverage of work about other representatives of the local blind busker tradition, including the blind harmonists.

Key words: Ivan Vlasyuk, elders' performance, hurdy-gurdy player, repertoire, busking.
Тамаз Габісоніа      orcid.org/0000-0001-8993-6662
Creator's Competences of Oral Tradition in Georgian Ethnic Music   PDF
Annotation
Read more
Georgian ethnic music, as a multi-level notion in the forms of music, that includes folk components has never been in the focus of Georgian musicology. Georgian musicians who are charmed with ethnic intonations have to adapt to the strict paradigm of traditional stylistic regulation. The cult of polyphonic folk tradition sets some filters which along with the axiological conclusions, considers measurement of folk tune only with the traditional authentic model.

While folk heritage was often fetishized new initiatives were not encouraged by the formal structures of folklore and this initiated some type of "free regulations" in the space of "outside the folklore". At the same time, today even such a stable phenomenon as Georgian traditional music creates somewhat amorphous picture which is triggered by choir performances, regulations of oral transmission and genre and style transformations. Taking this givens into account, opposites of author and interpreter, initiative and stability, national and foreign create diverse system of creative mechanisms in Georgian ethnic music.

It is true that copyright meanings of creator, performer, soloist, leader, manager, accompaniment, arrangement and instrument setting in Georgian ethno musical space create diverse facets in the levels of "authentic" and "academic" folklore, church songs or author's songs, ethno pop, ethno jazz or ethno rock, modernized folklore or post folklore. The notion of status of the author in Georgian ethnic music is a concept that has large size and small content. In this report we will try to establish those trends which will help us to see author of Georgian ethnic music as a concept. We will also try to develop appropriate classifications.

In the diverse world of non-academic music we think that it is interesting to discuss "folk professionalism", group co-authorship, "pre music" regulations, acquiring experience, reckless or deliberate plagiarism, crossing stylistic framework, fusion, and motivations of verbal, plastic and visual accents. This aspects shape in a certain way the semantic field of the concept "author". From this perspective we should also consider self and mutual definitions of authors and priorities of apprising.

Particular attention will be paid to the copyright issues, which is quite often observed in today's Georgian musical space, as a problem.

Key words: Georgian traditional music, church polyphony, ethnic music.
Yakum Gorak      orcid.org/0000-0003-0707-8751
The History of Publishing of Philaret Kolessa's Scientific Heritage in the 50s–70s of the XX Century   PDF
Annotation
Read more
The article is based on the manuscript "The Protocols of the Commission on the Preparation of the Works of Academician Kolessa for Publication", preserved at the Stanislav Lyudkevych Memorial Museum in Lviv, reveals the history of the publication of Philaret Kolessa's writing heritage. In 1947, on the order of Khrushchev, Lviv Department of the Academy of Sciences of the USSR received a prescript to publish the academician's works.

In 1957 there was the Editorial Commission at the M. Lysenko Lviv State Conservatory, chaired by Yaroslav Shust created with the special purpose. Lviv Department of the Academy of Sciences and the Institute of Art Studies in Kiev proposed their projects of the publication. The Kiev's project of the publication in 6 volumes was taken as a base. In the fall of 1958, the plan of the edition changed again: it was decided during 1958–1960 to carry out a 10-volume edition of the works of Academician Kolessa. However, the 10-volumes edition were never published.

By the centenary of the Academician's birth in 1971, three more volumes were published: "Music Studies", "Folkloristics Works", prepared by Sofiya Hrytsa and "Musical Works", edited by Mykola Kolessa. The full text of the "Book of the Protocols of the Commission on the Preparation of the Works of Academician Kolessa for Publication" is given in the Annex to the article. It contains 37 protocols covered the period from December 30, 1954 to January 2, 1959 (with breaks).

The purpose of the discipline is the preparation of comprehensively qualified musicians with high level of performing skills, knowledge of folk-music vocal re­pertoire, traditional manners of vocal and partially instrumental performance and acquired deep musical-theoretical knowledge of folk ethnophony. These are necessary for their further ethnmusicological research, scientific, educational and other types of professional activities.

"Folk-Performing Practice" is important and is intended to make a positive cross-disciplinary effect. Studying the folk repertoire and principles of performance will help to study other theoretical and practical professionally oriented disciplines.

The supposed repertoire base for the course is the amateur music culture, which is relatively easier for learning and performing. An important methodological precondition for teaching is the entirely aural perception of music. Vocal performance, where appropriate, may be supplemented or accompanied with simple traditional musical instruments.

The repertoire selection is proposed to concentrate on the ethnic territory of Western Ukraine. As a source material numerous audio publications, archival phonograms or online resources for authentic music can be used.

The strategy of compiling of the program is based on not only one content-thematic principle. This is due to the specifics of the course, which involves training of the traditional vocal performance from the beginning with the gradual complication and mastering of the traditional vocal repertoire, various regional styles, performing techniques etc. The program consists of four content modules, each covering a specific thematic complex. The program is supplemented by the recommended methodological and general directions reference list and the list of the sources.